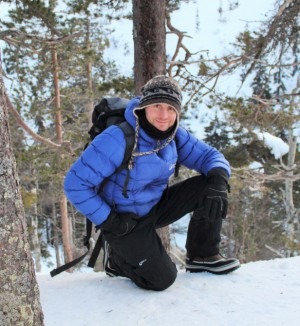 Philip has backgrounds in environmental management, sustainable development and outdoor training and has held roles including a charity chairman, a national advisor on running outdoor programmes and in consultancy. He has been involved with DofE, in a voluntary and professional capacity, for almost 25 years. He has a passion for teaching navigation in the hills and just about manages to juggle the competing demands of heading up a successful company and spending enough time in the outdoors!

Philip enjoys hill and mountain walking, canoeing and riding his cyclo-cross bike.  He is also a reluctant runner, mediocre guitar player and prefers books to computers. 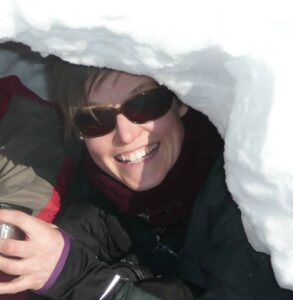 Sarah takes a keen interest in the outdoors and enjoys exploring the countryside by foot, bike or canoe; she has a love of plants and foraging and encourages others to value their local environment. She has backgrounds in outdoor education and conservation, environmental health and DofE, as well as also being a qualified Life Coach.  In addition to her office-based roles you may come across Sarah on some of our DofE expeditions, bushcraft courses and taking a lead in our eco-therapy work.

Sarah masquerades as an artist, is a frustrated pianist but makes rather good Welsh cakes. 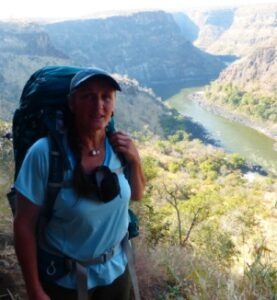 Nicky loves being outdoors, whether it be hiking, practising bushcraft, paddling or just gardening. For the last couple of decades she has been busy running DofE expeditions, leading overseas trips on 5 continents around the world and running bushcraft courses, forest schools and youth groups. Her career has given her the opportunity to work with a wide variety of clients ranging from adults with learning difficulties to primary school special needs groups, as well as mainstream and PRU units.

Nicky primarily spends her time running our DofE operations but she is fab at bushcraft and can often be found instructing on one of our bushcraft events. For relaxation she loves to whittle, crochet and run (jog!). 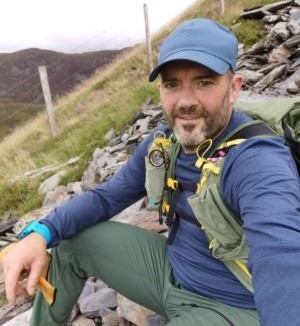 Originally from North Wales Jamie has recently returned to his native land after 20 years away following a decade in the corporate world and holding posts including a local authority DofE Operations Officer and a DofE Co-ordinator for 2 schools.

Adventure has always been a big part of his life, having bike-packed in the Pyrenees at 17, walked to Everest Base camp and led expeditions and cycling trips throughout the UK, Europe and further afield.

Over the years Jamie has participated in triathlons, adventure racing, SUP, kayaking, climbing, roller skating, kite buggying, snowboarding plus various other sports. He also enjoys mountain biking, music, rugby, football, painting and most of all, spending time with his family whether it is walking the dog or simply watching a film. He considers himself a jack of all trades, master of none! 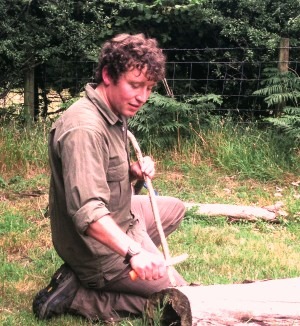 Sam’s background is in outdoor education and adventurous activities; however he has also been employed in residential care with young people with challenging behaviours. Sam has worked and trained across England, Scotland and Wales including an extended period in the Lake District and leading journey based expeditions in Australia. He holds many outdoor qualifications, is one of our bushcraft gurus and his map and compass navigation skills are second to none. He also enjoys a diverse range of activities such as canoeing, climbing, caving, mountain biking and hiking.

Sam manages the Wilderness Project’s day-to-day operations and you’ll likely meet him on most of our bushcraft courses but he loves DofE and enjoys running our expeditions from time to time.  On the rare occasions when things get too stressful he will engage in a little techno-therapy and retreat to his Xbox! 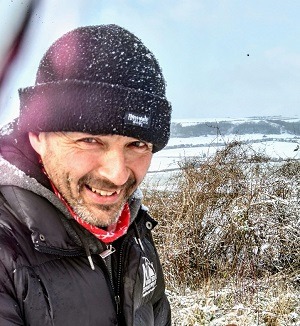 Mark grew up in an outdoor family and has continued in that vein, with a variety of outdoor qualifications enabling years of work with primary and senior schools, PRUs, special needs schools, youth groups and adults from many walks of life.

Alongside leading school expeditions abroad he has also taken his own kids on some far (and near) flung walking trips.

While riding his bike and running Mark dreams about being the botanist who coincidentally does the first summit of a mountain while discovering a new alpine flower. 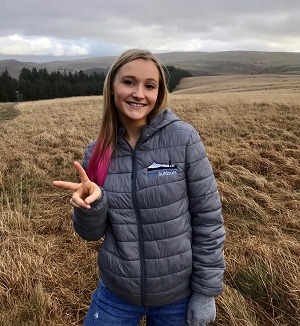 Emily is a travel enthusiast and loves discovering exciting new outdoor locations.  Being passionate about the natural environment and human rights, she aspires to build a career as an International Aid worker, and combines her marketing work with studying towards an International Studies degree.

Emily has interests in music and photography and spends a little too much of her life watching Marvel movies. 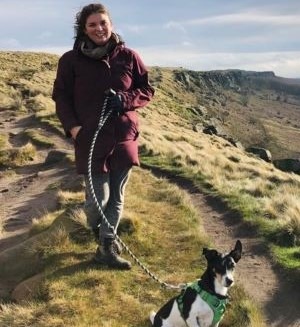 Rachael spends as much time as possible on top of hills; usually with dogs or children or both. She loves maps, exploring new places, traveling with her family in their van and sharing her off-road adventures with Instagram. When she isn’t outside Rachael enjoys sitting under blankets sipping herbal teas with her dogs snuggled up next to her. She has a background in primary teaching, in the UK and internationally, and has brought her strange love of spreadsheets to our office. 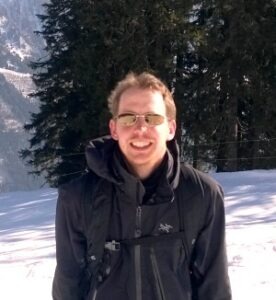 Michael has built a career in account management and business development, but his passion lies in the outdoors and he enjoys most things that involve fresh air. Michael has been involved in the delivery of DofE for over 15 years and through that time has developed an unhealthy obsession with kit!

Michael spends a bit too much time in front of a computer, mostly counting down to his next hike, bike or outdoor adventure. 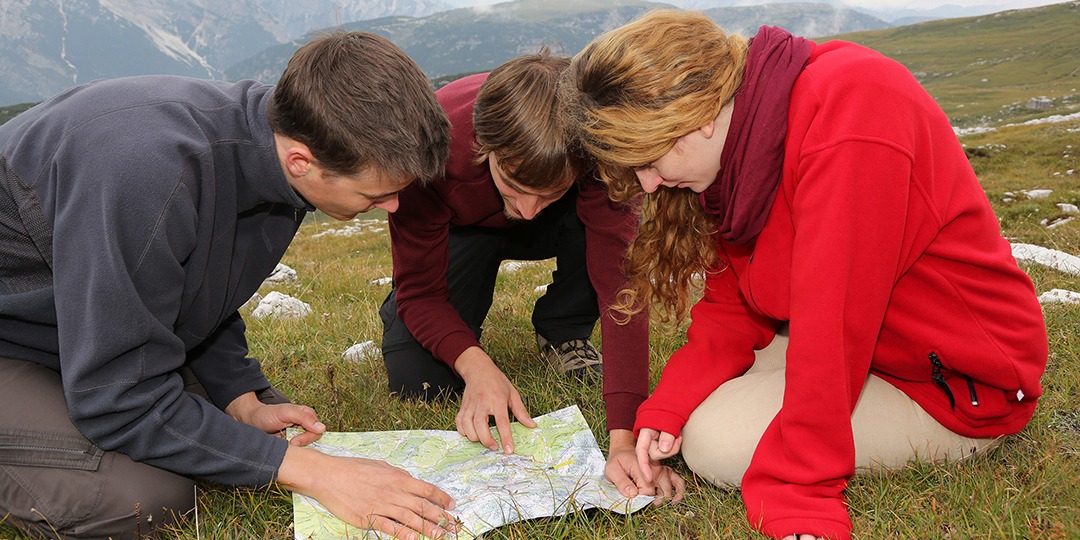 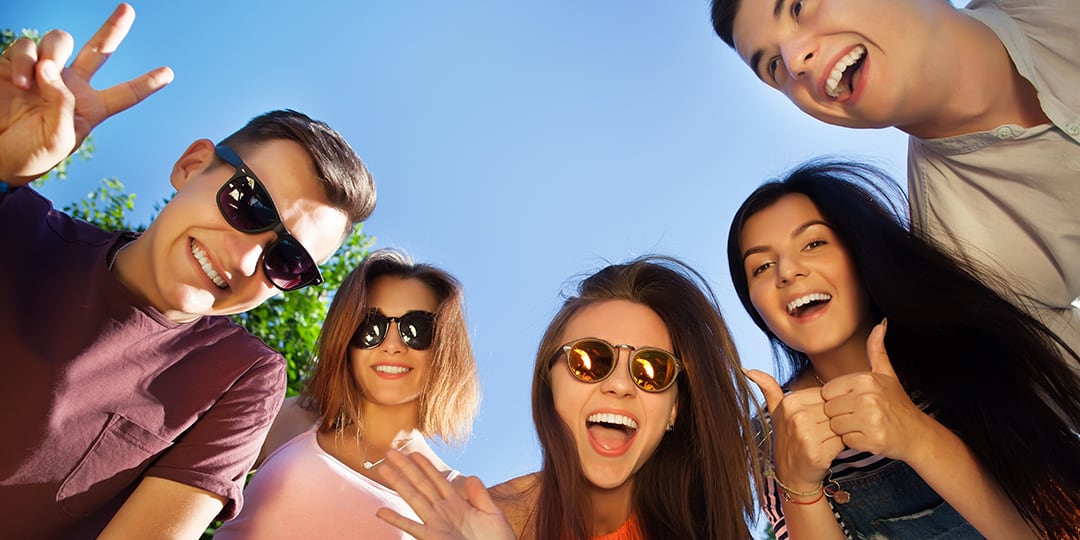 “All the instructors were excellent – the students were motivated by their teaching and they gave the students a wealth of skills which will enable them to succeed in their assessed expedition. The whole trip has been organised very well and has run very smoothly. Thank you very much!”

"Excellent instructors – we would like to work with them all again."

"Learn Outdoors has excellent instructors, health and safety, flexibility, programme design and client management.  I would happily recommend them."

“All safety measures in place. Excellent tutors and Course Director. Venue excellent and pupils taken through all safety procedures with walking activities to cooking.”

“The instructors were excellent. They operated professionally and exhibited confidence, knowledge and approachability throughout.”

"Staff and pupils all commented on the positive and productive atmosphere over the weekend."

"All crew were lovely and really helpful."

"We felt that a lot of time and effort had gone into organising it and we really enjoyed it."